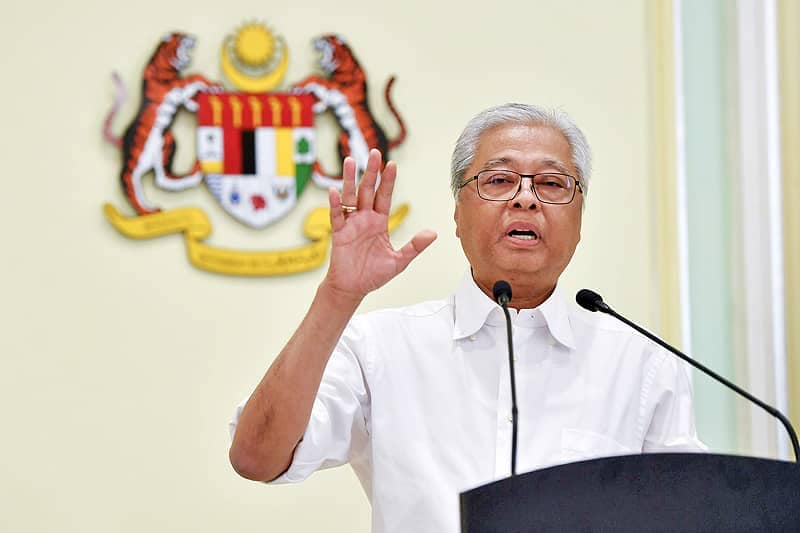 PUTRAJAYA MAR 24: A total of 695 police reports have been lodged while 46 cases are under investigation since the Movement Control Order (MCO) was enforced in March 18.

Besides that 28 people were detained at roadblocks and for that Ismail advised the people to abide the MCO and take care of oneself and the family’s safety and to be detained is unnecessary.

Ismail also mentioned the police had conducted 1,029 roadblocks, 163,687 vehicles were checked, 2,481 spot checks and 1,719 announcements through speakers were made.

“The Ministry of Information and Multimedia is now investigating 85 fake news while 6 cases have been charged in the court. I hope the people will stop writing and spreading fake news as the ministry is monitoring it,” he said at a press conference here today.

Ismail who is the Member of Parliament for Bera also advised the government servants and from the private sectors who are collecting their salaries in a few days time to follow the social distancing while at the banks and the ATM.

The government he said will request the police assistant, bank security, police and the armed forces to assist in determining the number of customers to enter the banks and at the ATM at any one time.

Referring to the withdrawal of RM500 per month from the Employment Provident Fund (EPF) by its members effective April for 12 months as announced by the Prime Minister yesterday that has become an issue, Ismail said, since the new Stimulus Economic Package will be announced later that matter will be discussed in the Cabinet meeting tomorrow (Wednesday).

On the red zone or high risk COVID-19 areas that have been declared by the Ministry of Health, Ismail said, the location has to be determined in detail so that the authorities like the police, army, security council and the rest will follow according to the standard operating procedures (SOP) – Malaysia World News