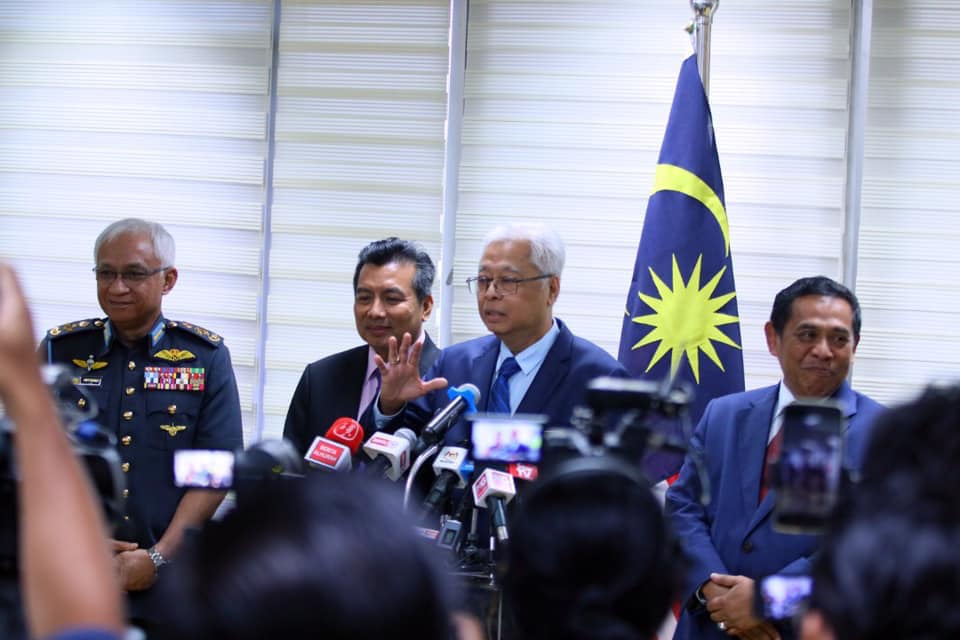 PUTRAJAYA MAR 19: The Malaysian Police is detecting 4,000 people who had attended the Sri Petaling Mosque Tabligh Assembly recently and advised them to voluntarily come forward for COVID-D 19 test at the nearest hospital.

Minister of Defence, Datuk Seri Ismail Sabri Yaakob said, the decision to detect the participants of the assembly has been decided by the police following the people worrisome on the infections.

On Wednesday March 18th it was reported that one of the tabligh participants aged 34 from Johor had died due to COVID-19 infection.

Asked about the possible action on those detected Ismail said: “The police have their ways to act and handle these people,” said Ismail Sabri at a media conference aired on TV1 here this morning.

In another development Ismail said 89 Malaysians who had attended the tabligh assembly in Indonesia will be quarantined when they reached the entry point. The government has decided to quarantine all Malaysian who had travelled overseas and the Immigration Department will notify the actual number of Malaysians travelling overseas tomorrow.

Regarding the enforcement of the Movement Control Order (MCO) that started yesterday (March 18), Ismail who is also one of the Senior Ministers said, only 60% of the Malaysian population had followed the government’s instruction.

“The police had made 504 roadblocks all over the country and checked on 6,135 vehicles. As of yesterday, the police only advised them not to move about unnecessarily but to stay at home as instructed in the Order.

“If the Order is not followed by the public, then the police have to impose a stricter action. The Order is to ensure that the people are safe from COVID-19 infection and not to burden them,” Ismail reiterated.

Meanwhile Ismail also said that all the ministries will open their own hotline and the numbers will be announced later. This is to enable the public to make inquiries and get accurate information.

Ismail also highlighted that the government has also suggested allowing 300,000 Malaysian to continue working in Singapore provided they are given accommodation.

“The Prime Minister of Malaysia and Singapore has discussed this matter including Senior Ministers and the decision will be known shortly,” Ismail Sabry said. –Malaysia World News