Why Dr M resigned as the 7th PM and wanted to become the 8th PM? 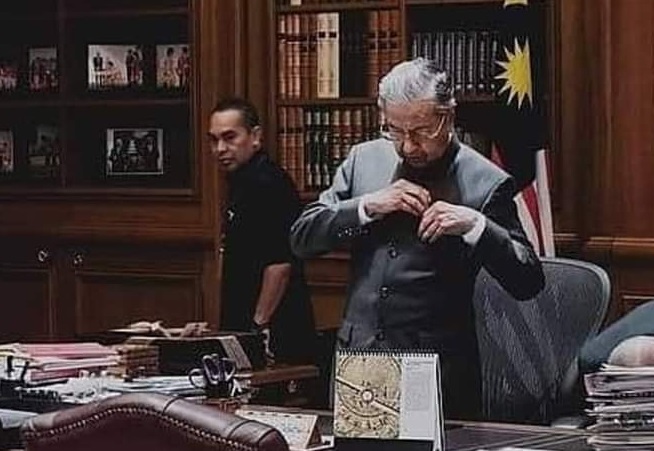 While Dr Mahathir and PH supporters and friends are complaining and accusing Muhyiddin Yassin of betrayal and cheating to form backdoor government and  become the 8th Prime Minister of Malaysia, neutral and non-partisan citizens are asking on social media comments: ” Why Dr M resigned as the 7th PM at first place and wanted to become the 8th PM?

As an Interim Prime Minister, Dr M had the chance to advise the King on which leader suitable for the PM post. But instead, Dr M could offer only himself to be the 8th PM of Malaysia as if nobody else deserves that post, neither Anwar, nor Azizah, nor Muhyiddin.

For two years he has been saying that Anwar is his successor . When time came for transition, he (Dr.M) changed his mind and did not want to hand power to Anwar. When pressured by Dap, PKR, and Amanah leaders to step down and give way to Anwar, Dr M resigned as the 7th PM, his party Bersatu left the coalition, and as a result Pakatan Harapan government collapsed and dissolved.

But Dr M wanted to become Prime Minister again and he claimed he had the number of majority support from the MPs after Pakatan Harapan endorsed him.

PH (DAP, AMANAH, and PKR) at first endorsed Anwar Ibrahim as the candidate for the next PM. Dr M refused to attend the endorsement meeting. Instead he wanted to endorse Muhyiddin. He said to reporters that ” he is Ok if Muhyiddin become the PM”.  But when PH leaders approached him in last minute and threw their support behind him, he immediately left Bersatu and joined Anwar and Ph again in hope he would become PM again.

Dr M political twists and u-turns hold the attention of political analysts, thinkers, and perhaps the Malaysia rulers and the King as well.

To Ph and his big disappointment and shock , Agong appointed Muhyiddin as the 8th PM of Malaysia, after almost one week of meetings and interviews with lawmakers ( the MPs) and political party leaders.