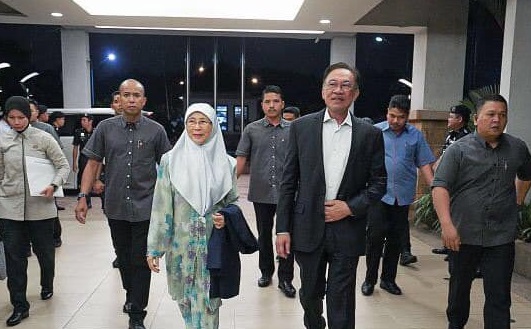 Anwar Ibrahim, who was nominated by the PH coalition (PKR, DAP, and Amanah) yesterday as Malaysia`s next Prime Minister, told reporters today that he will not approach Dr Mahathir again because this latter has already quitted PH.

“No (we will not approach him), that does not arise.

“We are still PH and Tun has left PH,” Anwar told reporters after he left a PH Presidential Council meeting at a hotel here.

Pakatan Harapan will not be approaching Dr. Mahathir Mohamad even though he has been named PPBM chairman, says PKR president Anwar Ibrahim.

He said Mahathir had also refused to fulfil PH’s manifesto any longer.

“At my meeting on Feb 25, 2020, in the Prime Minister’s Office, Mahathir refused to remain as PH’s prime minister and refused to commit to fulfil and deliver PH’s manifesto,” he said in a statement today.