Why Dr M resigned? Here is why.. 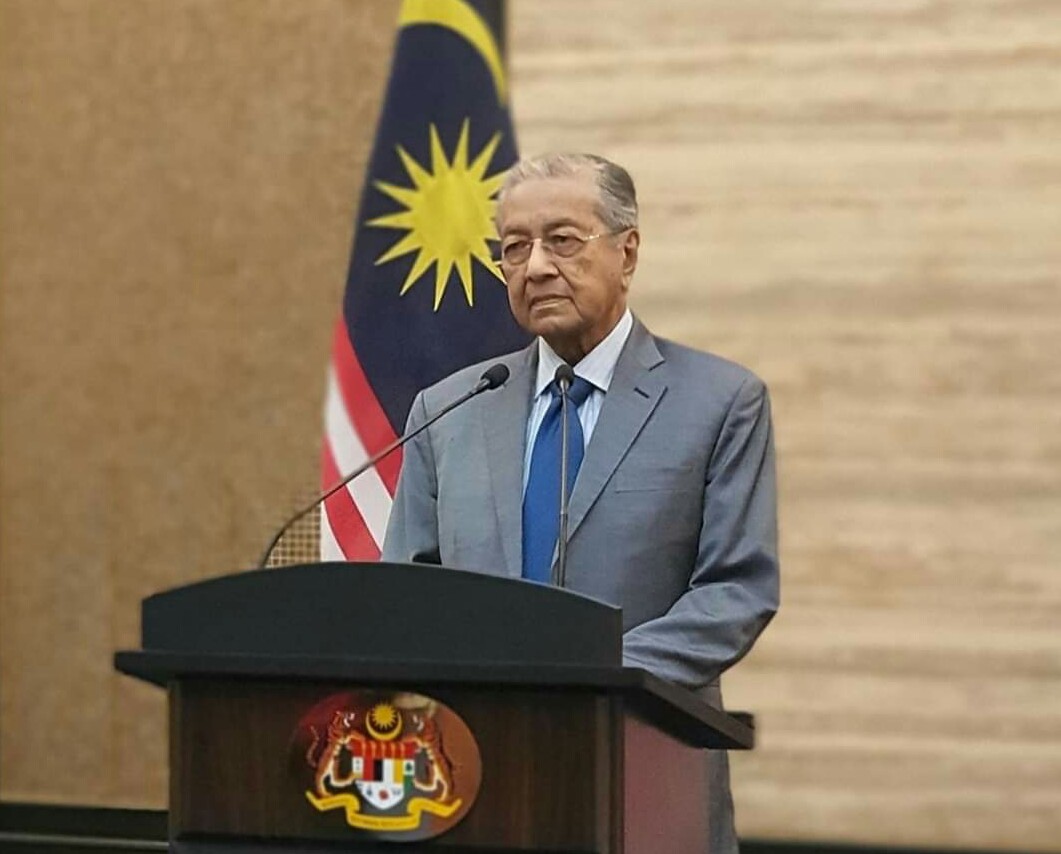 PUTRAJAYA Feb.26: Malaysia for the first time in history will not be led by a government consisting of politicians that have won in a general election, instead will be opened to all in the interests of the country.

The Interim Prime Minister, Tun Dr. Mahathir Mohamad said he is in the opinion that politics and political parties whether it is correct or otherwise should be put aside at the moment.

“If it is correct I will try to form a government that is not prioritising any political party but more in the interests of the country.

“I am aware whatever I do now will be opposed and will not be accepted by the majority but possibly will be supported by some people. I am not looking out for popularity but to give what I feel is the best for the country,” Dr. Mahathir said in an exclusive speech telecasted on TV1 at. 4.45pm today.

Dr. Mahathir Mohamad said if he is permitted to form that kind of government he will try and hope Allah SWT will give him the blessings.

Earlier in his speech he explained why he resigned as the Prime Minister after he had received support from all parties to the extent he did not know which one to choose.

He added, apart from that there were allegations that he had no intention to step down as prime minister and crazy for power.

“I decided to resign because I do not see that power and the position as “be all and end all” as my main objective. For me both are “a means to an end” or as a means to reach an objective for the best of the country.

“I resigned after observing that the most important thing to the politicians is which party will head the government whether the party has won or otherwise.

“I have promised to step down and give the opportunity to Dewan Rakyat (Parliament) to decide who will be the next prime minister. If it is true I still have the support, I will return but if not I will accept whoever is been chosen,” he reiterated.

Dr. Mahathir also mentioned that there is an opportunity to change the head of the government. I feel that because I have the support from both the government and the opposition, my time to step down has not come yet.

“I have requested to give some time to think but BERSATU-my party has decided to pull out from PH. There were some members from other component parties who have pulled out from PH. That action resulted in PH to collapse,” he said.

The effect from such action he said, when BERSATU supports PAS and UMNO then the parties that have lost in the general election will form the government. The government will obviously be dominated by UMNO being the biggest political party.

“I am happy to accept UMNO members that have pulled out from the party to join other parties but UMNO will join the mixed government as UMNO party. This I cannot accept, so I resigned.

“As a normal human being I am bound to make mistake and my apology if my resignation is a wrong doing,” he said.

Earlier in his speech he hoped the Malaysians forgive him for resigning and causing political haywire and restless amongst the people.

“The public knows that I have sent my letter of resignation to the Yang di-Pertuan Agong but was ordered to be the Interim Prime Minister after one hour discussion with His Majesty Yang di-PertuanAgong.- Malaysia World News