Umno, PAS withdraw their support for Dr. M, call for a snap election 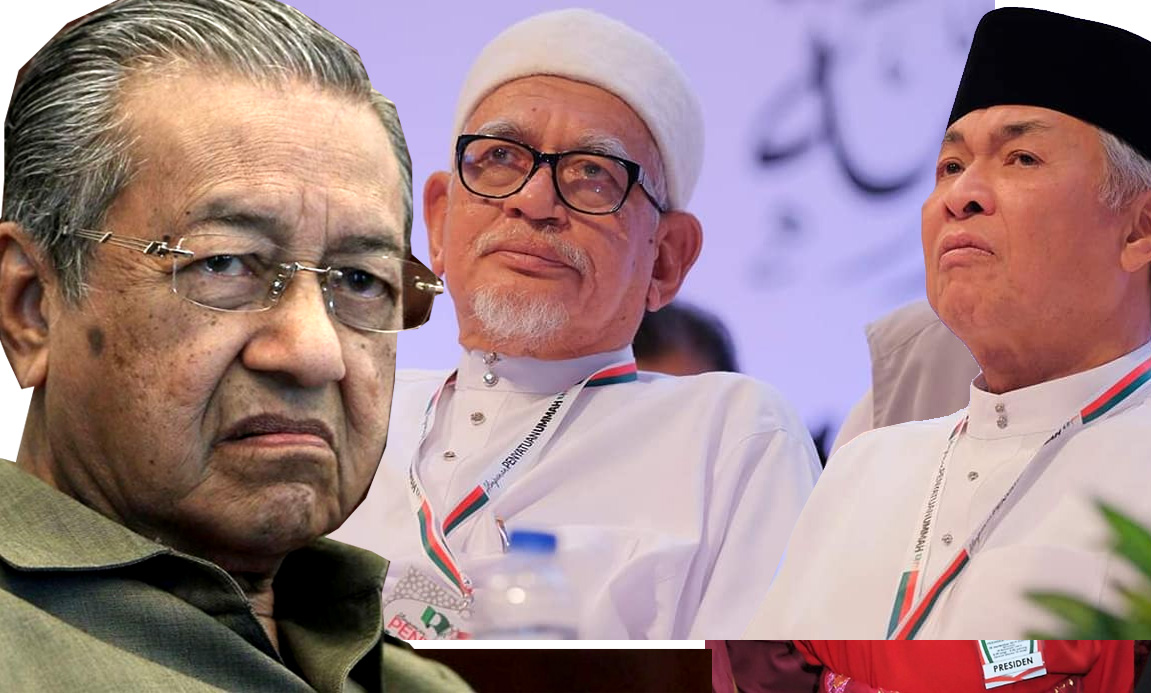 Umno and PAS have reportedly decided to withdraw their support for Dr. Mahathir Mohamad to stay as Prime Minister for a full term.
Umno and PAS said today they would not join the so-called “unity government” that Dr. Mahathir was reportedly suggesting which includes all political parties, DAP, PKR, Amanah, Pas, Umno, Gps, etc.
PAS said DAP should not be included in the new government, claiming this latter threatens the stability of the country.
UMNO and PAs also call for the dissolution of the parliament and a snap election.
Umno deputy president Datuk Seri Mohamad Hasan said it would be much democratic, reasonable and fair to have snap polls and let people give the mandate.

“Calls by Muafakat Nasional for snap polls under the current political imbroglio is fair.

“This suggestion following the collapse of the Pakatan Harapan government is both justified and suitable to resolve the situation,” he said in a statement yesterday.

On the other hand, Bersatu and Datuk Seri Azmin Ali’s faction insist to continue supporting Dr. Mahathir to stay in power for a full term.
Some MPs from Bersatau said they do not want to work with Umno and Pas.

Bersatu Youth chief Syed Saddiq Syed Abdul Rahman told reporters yesterday they will defend the mandate given by the people in the 14th general election.

“We will not allow powerbrokers to determine the direction of the nation.

Pakatan Harapan government has collapsed and dissolved Cabinet as Dr. Mahathir resigned on Monday 24 February.
Agong appointed him interim prime minister until a successor is named.
If Agong could not find a person who commands majority support in the parliament, a snap election will be called.