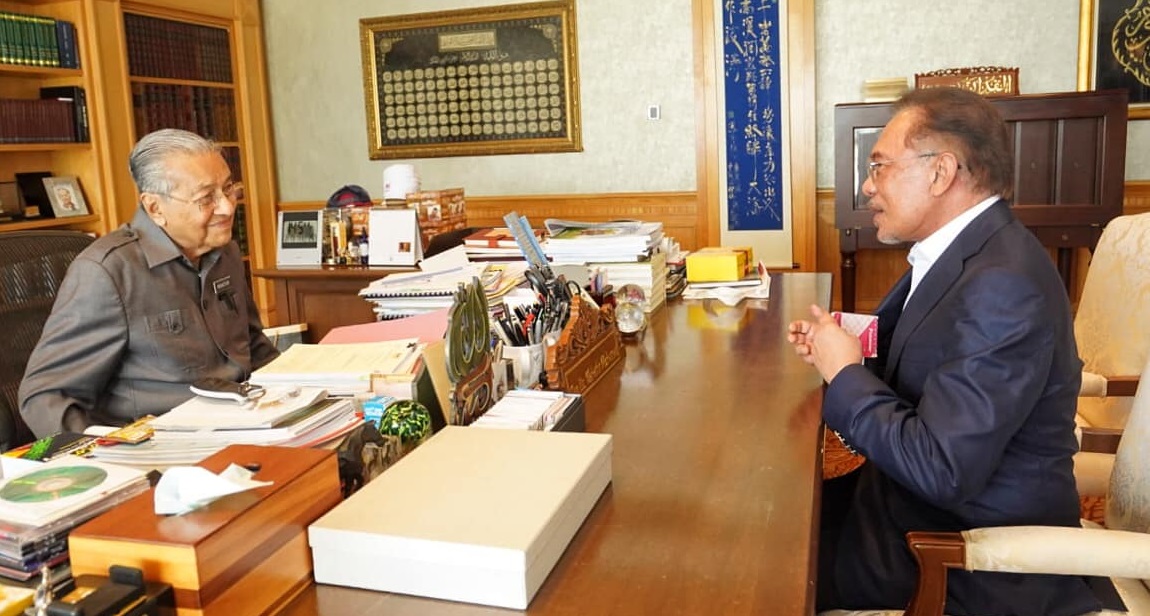 KUALA LUMPUR: PKR president Datuk Seri Anwar Ibrahim said he had met with Tun Dr Mahathir Mohamad in Putrajaya today and discussed with him the spinning rumours that say the PAS and some groups from Umno and PKR are planning to back the Prime Minister to serve full term and prevent the PKR president from becoming the next prime minister.

“The prime minister is not involved in the effort.

” He reiterated that he would resign as promised,” Anwar said in a statement posted on Facebook.

He added that he hoped Dr Mahathir can continue to lead the country until the end of the Asia Pacific Economic Cooperation Summit (APEC). However, this matter will be finalized at the Pakatan Harapan (PH) Presidential Meeting on February 21.

In light of nonstop rumours speculating that Dr Mahathir would not resign or handover power, Anwar is repeatedly insisting that the promised transition will take place.

Sarawak Report has recently claimed that many MPs from PAS and UMNO, plus PKR deputy president Datuk Seri Azmin Ali and his allies signed a statutory declaration to support Tun Dr Mahathir Mohamad as prime minister until the next general election.

It was also reported that Dr Mahathir would make “an important announcement” early next week.

“This way, if the PH Presidential Council insists on Tun resigning, he will just ask them if they are with him or not, since he already has enough support,” one source told NST.

Sources also said that Dr Mahathir would also announce a massive cabinet reshuffle, and he may appoint a new deputy prime minister, possibly from Bersatu leaders.

“Tun is prime minister and he has the power to appoint a second DPM if he wants to.” sources reportedly said.