The meeting took place at a Chinese calligraphy art competition that was held at YPC International College on Thursday 6th February from 9.30am-3.30pm. 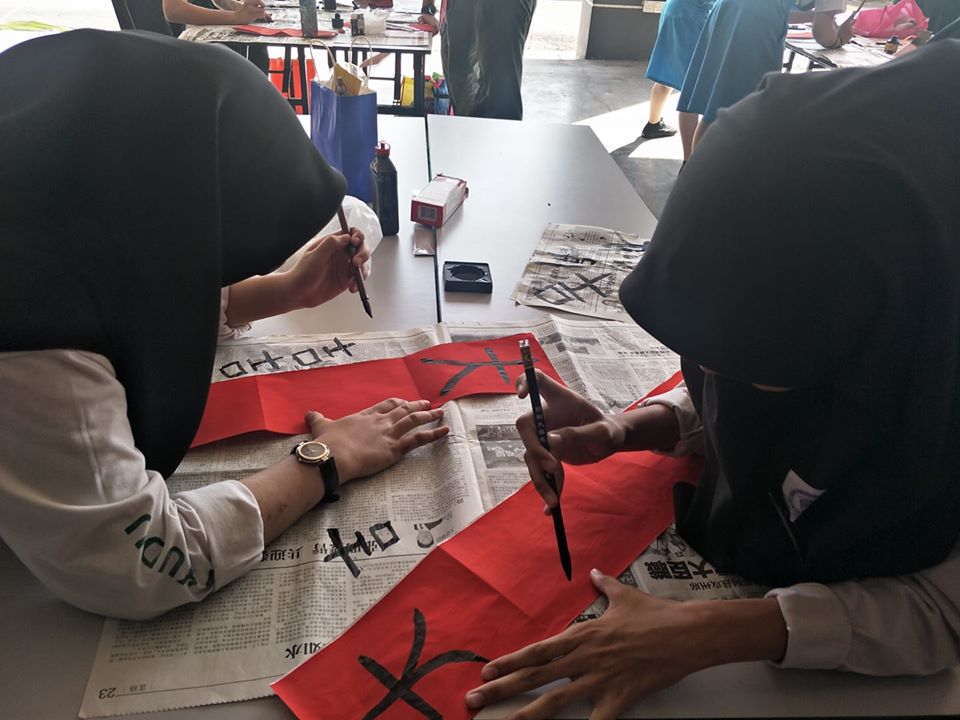 “We have started learning Chinese calligraphy and the Chinese language since childhood, pre-primary school,” the young girls (pic) said.

“I love learning languages ​​and my parents always encouraged me to do so.

“I want to work in China when I complete my studies.

“For me, Chinese calligraphy is fun and helps me learn the language quite easily,” Idora told Malaysia World News.

“For Malay Muslims, there is no problem to learn other foreign languages and arts.

“We like to learn something new to expand our knowledge.

“Learning another language like the Chinese language does not mean you will convert to other religions.

“Our Malay students may like to do business in China or with Chinese in the future, so they have to learn their language, art, and culture for effective communication, “she said.