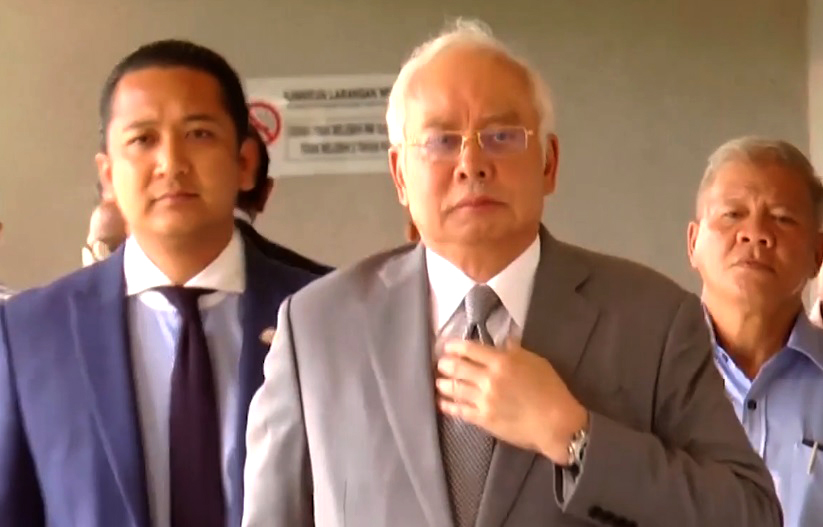 He claimed Jho Low, 38, convinced him he had a special relationship with the elites from Saudi Arabia and other countries in the Middle East, which led to the donation of millions of dollars that went Najib’s bank accounts.

“At that time, it was clear that he (Jho Low) was closer to the Saudis rather than Malaysia’s side. He was representing Saudi Arabia at the time,” he said.

He also swore in the court ‘wallahi, wabillahi, watallahi` he did not know that the RM42mil in his account had originated from SRC International.

“Jho Low made an immense amount of money elsewhere. He must have thought that if he didn’t continue to make sure the donations flowed into my account, it would have affected his relationship with me and this would lead me to uncover the scams.

“He needed to continue to ensure I had confidence and faith in him, so the RM42mil is minuscule compared to what he was making,” he added, as quoted by the Star Online.

Najib also told the court that he accepted donations from the Saudi royal family because he did not want to rely on local donations to fund Umno’s election machinery.

“I did not want to owe anyone,” he said.

Najib added that the RM2.6 billion donation from the Saudi royal family was to ensure “independence” during the general election in 2013.

“As the Umno president at that time, I wanted a source of income to make me independent of other donors,” he said.

Najib is defending himself on charges of misappropriating RM42 million from SRC International Sdn Bhd funds, comprising three counts of criminal breach of trust, three counts of money laundering and one count of abuse of power concerning the SRC funds.