JOHOR BARU – Malaysia’s Youth and Sports Minister Syed Saddiq Syed Abdul Rahman climbed a fence and ran away from a mob of protesters who suddenly came to his event in Ulu Tiram (on Friday, Jan 31 night) and began shouting and demanding him to leave Johor.

In a press conference today, the minister, 27, said he had to jumb the fence to escape confronting the group of men who he labelled “gangsters”.

“We used the other route, which is obviously to go through the forest,” he told the media.

He was accompanied with the exco of Melaka state government YB (Datuk Mohd) Rafiq (Naizamohideen) and the former exco of Johor state, YB Mazlan Bujang.

Yesterday early morning, he wrote on his Facebook that a group of 200 acted “like gangsters”, using bad words, and asked him to apologise to the Johor Crown Prince.

In another post he said the “mob” were from UMNO.

A video of the incident that has been making round on social media showed the 200 men shouting and yelling at the minister to leave Johor.

“We were surrounded by a group of 200 uninvited guests dressed in black,” he posted on Facebook.

“They used foul words, insults that disturbed the attendees. 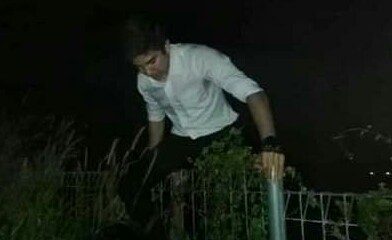 “We have video recordings of those involved. We will give full cooperation to the police to conduct an investigation,” he said.

Police on Saturday evening said they have arrested two individuals believed to be the “masterminds” behind the mob which disrupted the event.

Inspector-General of Police Abdul Hamid Bador said in a statement: “We view this provocation and threats against the minister seriously. The incident was committed by certain irresponsible parties who failed to respect the laws of Malaysia.”

While many social media users ‘comments blamed the police for not providing enough security, others criticized the minister of youths for running away instead of confronting the group of Malay protesters and listen to their demands.