Dr Mahathir is now the Minister of Education 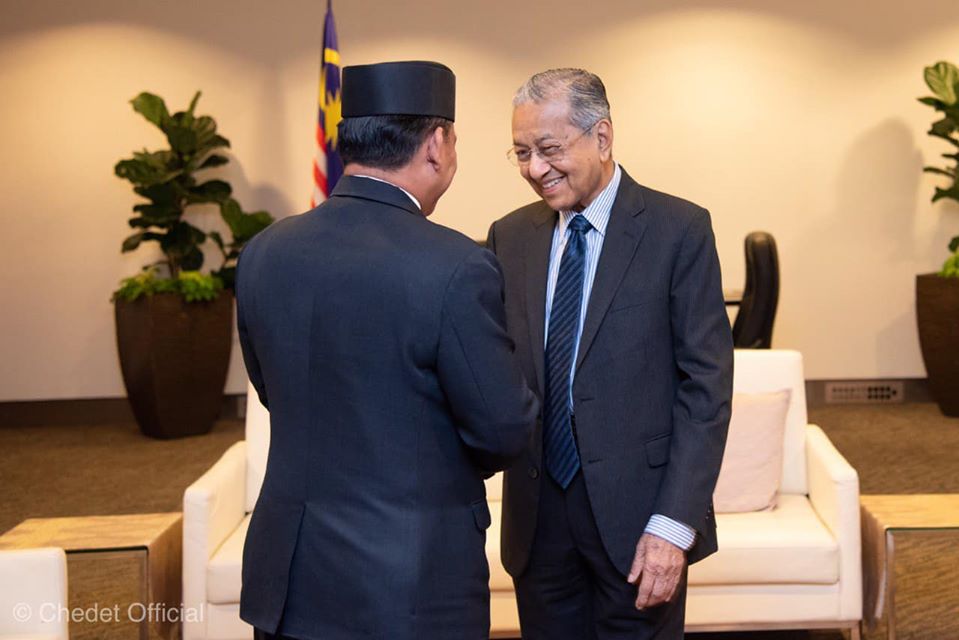 The Prime Minister’s Department announced today that the cabinet has decided that Mahathir will serve as the “acting Education Minister.”

He will helm the portfolio “temporarily” until a new education minister is appointed, the cabinet said in a statement this afternoon.

The post became vacant after Maszlee Malek resigned as the education minister on Jan 2, 2020 on the advice of Prime Minister Dr. Mahathir.

Since Pakatan Harapan won the general election in May 2018, Dr Mahathir has always wanted to serve as the education minister. 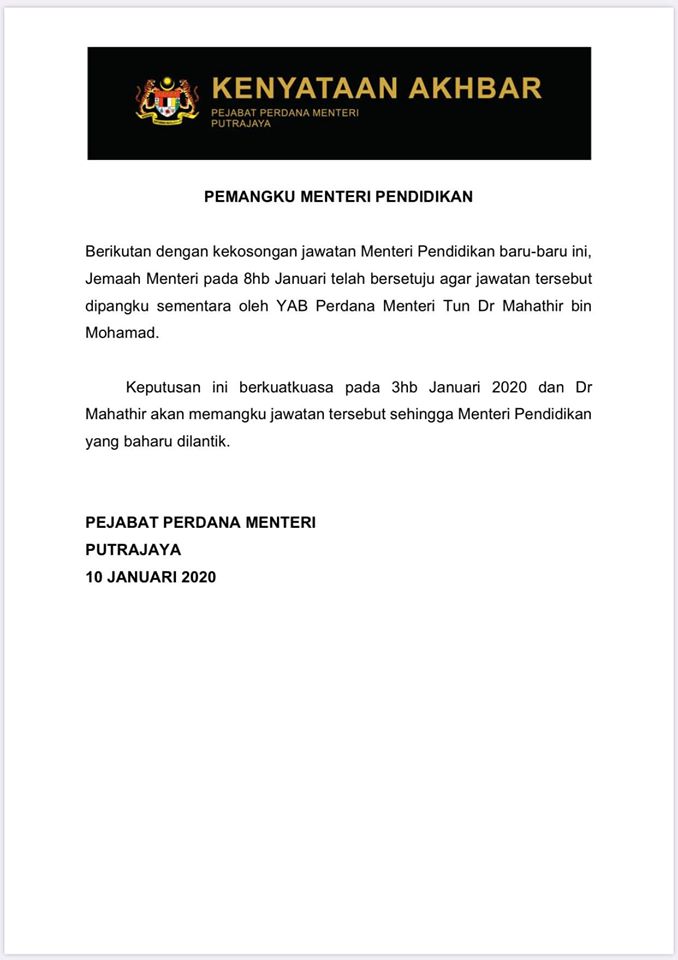