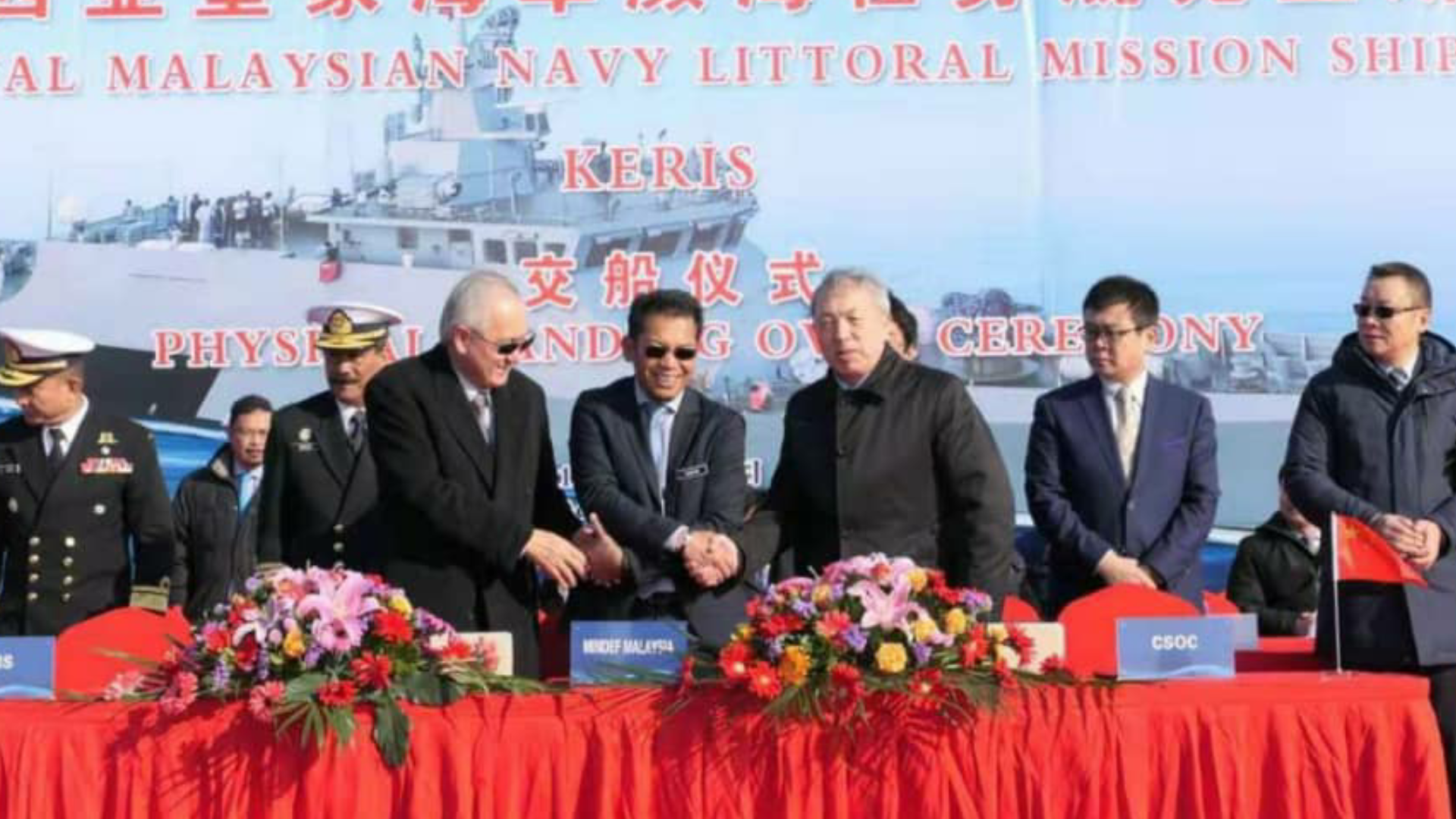 KERIS was handed over to the Final Delivery Committee (JKPA) consisting of four government representatives led by Datuk Ahmad Husaini Abdul Rahman; Secretary of Purchasing Unit, Ministry of Defence who later checked the documentation and physical aspects and on board the ship for sailing capacity demonstration.

“The inspection of the ship was followed with the signing of the Final Delivery Certificate and Physical Handing over Certificate led by Datuk Ahmad Husaini as the government representative and witnessed by Admiral Madya, Datuk Pahlawan Syed Zahrul Putra Syed Abdullah, Panglima Armada Timur on behalf of RMN and Ir. Ee Tech Chee, the Chief Executive Officer of Boustead Naval Shipyard Sdn. Bhd. (BNSSB).

“This event was held to symbolise the success of BNSSB in handing over the ship to the Malaysian government,” said the RMN in its statement today.

The building of KERIS started on 31st July 2018 at Wuchuan Shuangliu Manufacture Base Wuhan and later was launched by Normah Alwi, wife of the Minister of Defence,on April 15 2019.

KERIS is scheduled to be commissioned in a full RMN tradition on Januari 6, 2020 at the same venue and will be graced by the RMN Admiral Tan Sri Mohd. Reza Mohd. Sany.

The LMS is one of the five ships in the Armada Transformation Programme 15 to 5 RMN.

The purchase contract of four LMS has been made between the Ministry of Defence with BNSSB on March 23, 2017 with the cooperation of China Shipbuilding &Offshore International Co. Ltd. (CSOC).

This contract is the first defence asset purchase capital project from China.

The second ship (SUNDANG) is scheduled to be handed over to the Malaysian government on April 2020 while the third and the fourth in mid-2021. – Malaysia World News