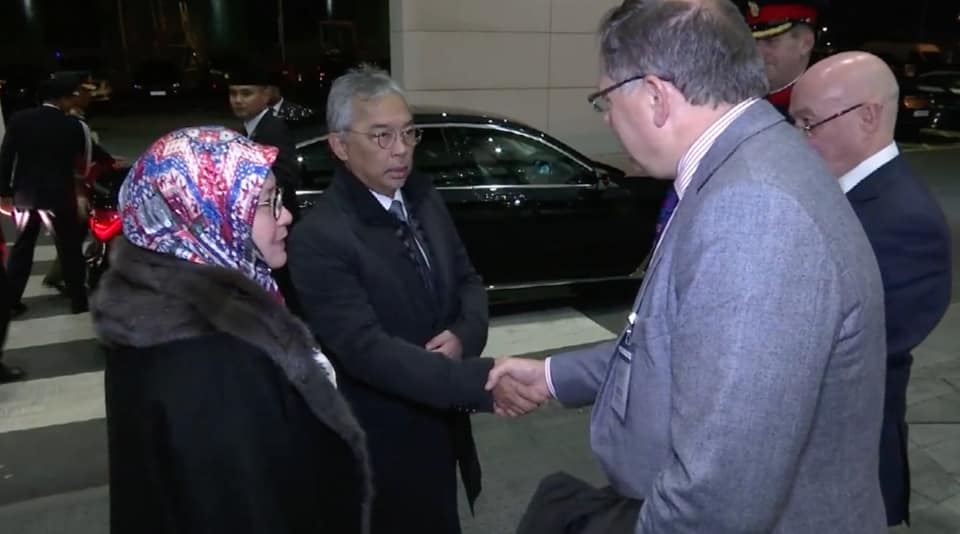 They were received by the High Commissioner of Malaysia to the United Kingdom, Mohamad Sadik Kethergany, and Vice Lord-Lieutenant of Bedfordshire, Colonel Chris Sharwood-Smith on arrival at 6.30 pm local time yesterday.

The royal couple is attending a luncheon with Queen Elizabeth II at Buckingham Palace on Wednesday.

Al-Sultan Abdullah is also meeting Lord Archbishop of Canterbury Justin Welby,  having dinner with the Malaysian diaspora in London, and visiting the British Library, a statement said.

This is his fourth special visit of the year after visiting the United Arab Emirates (UAE), Saudi Arabia and Japan, since being sworn in as the 16th Yang di-Pertuan Agong in January.