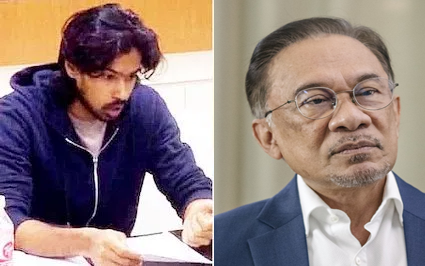 He reiterated that the allegations against Anwar were nothing than “a slander” or a plot to tarnish the image of Anwar who is expecting to take over Putrajaya from Dr Mahathir and become the Prime Minister of Malaysia soon.

According to The Sun Daily, Sentul police chief ACP S. Shanmugamoorthy, when contacted, confirmed receiving the report from Shukri.

“We are examining the contents of the report to determine the nature of the case for classification purposes and for further investigation,” Shanmugamoorthy said.

Shukri said Yusoff’s allegations will be examined before a civil suit against him is considered, and a notice of demand will be issued soon to Yusoff to retract his statement or allegations.

PKR president vehemently denied any involvement. He claimed that the accusations were an attempt to smear his image ahead of the PKR`s national congress and his appointment as prime minister by 2020.

“I strongly deny the baseless slander made by Yusoff.

“I was busy campaigning for the Port Dickson by-election as well as attending a separate ceremony to commemorate Mahatma Gandhi in Kuala Lumpur, on the alleged date (Oct 2, 2018),” he said in a statement yesterday.

Yusoff claims that at a meeting in Anwar’s residence, the Port Dickson MP made some sexual advances which he immediately rejected.