Indonesia-Malaysia discuss technical and education collaboration in the defence industry

KUALA LUMPUR: The Malaysian Armed Forces (MAF) and the Indonesian National Armed Forces (TNI) will collaborate in the technical field relating to maintenance, repair and overhaul (MRO) of Sukhoi aircraft in the service centre at Gong Kedak, Terengganu in the near future.

Defence Minister, Mohamad Sabu said both parties are still discussing it as that is part of the technical collaboration between Malaysia and Indonesia in the defence industry in the ASEAN region.

“We are still discussing the collaboration as this is going to be one of our future programmes in the technical field,” Mohamad said after he had a meeting and a joint press conference with Defence Minister of Indonesia, Prabowo Subianto at Wisma Perwira here on Thursday (Nov.14).

Prabowo was on his two-day official visit to Malaysia from 14-15 November after his appointment as the Defence Minister of the Republic of Indonesia on October 23.

The two ministers had deliberated on the dynamic global security landscape focusing on non-traditional security threats particularly terrorism which became their highest priority. 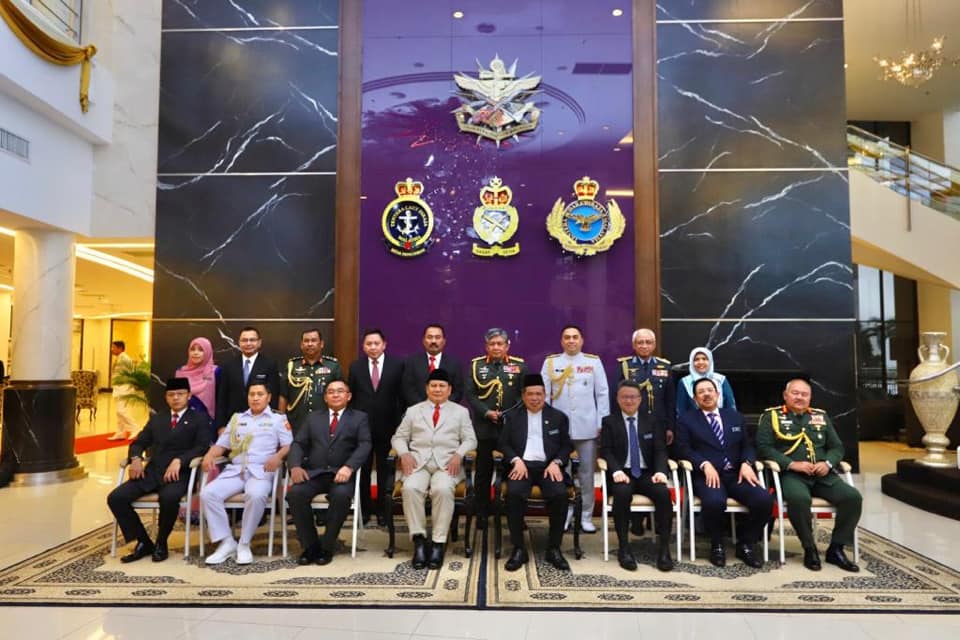 At the press conference, Mohamad emphasized that Malaysia respects Indonesia as an important and close neighbour since 62 years ago.

He said the relationship between the two countries has now reached the highest level of harmony at all levels.

The defence tie between Malaysia and Indonesia was strong under the ambit of the General Border Committee (GBC) that was established in 1972. The defence relation has also been strengthened through sub-regional initiatives namely the Malacca Straits Patrol (MSP) and the Trilateral Cooperative Arrangement (TCA) together with the Philippines.

Meanwhile, Prabowo said he is optimistic that the strong bilateral relationship between the two countries will bring about greater collaboration in the technical and educational fields.

He said he was sent to Malaysia by President Joko Widodo to strengthen the relationship between the two neighbouring countries.

“Malaysia is very close to my heart as I have stayed and received my education here when I was still a child,” he said.-Malaysia World News (MWN)