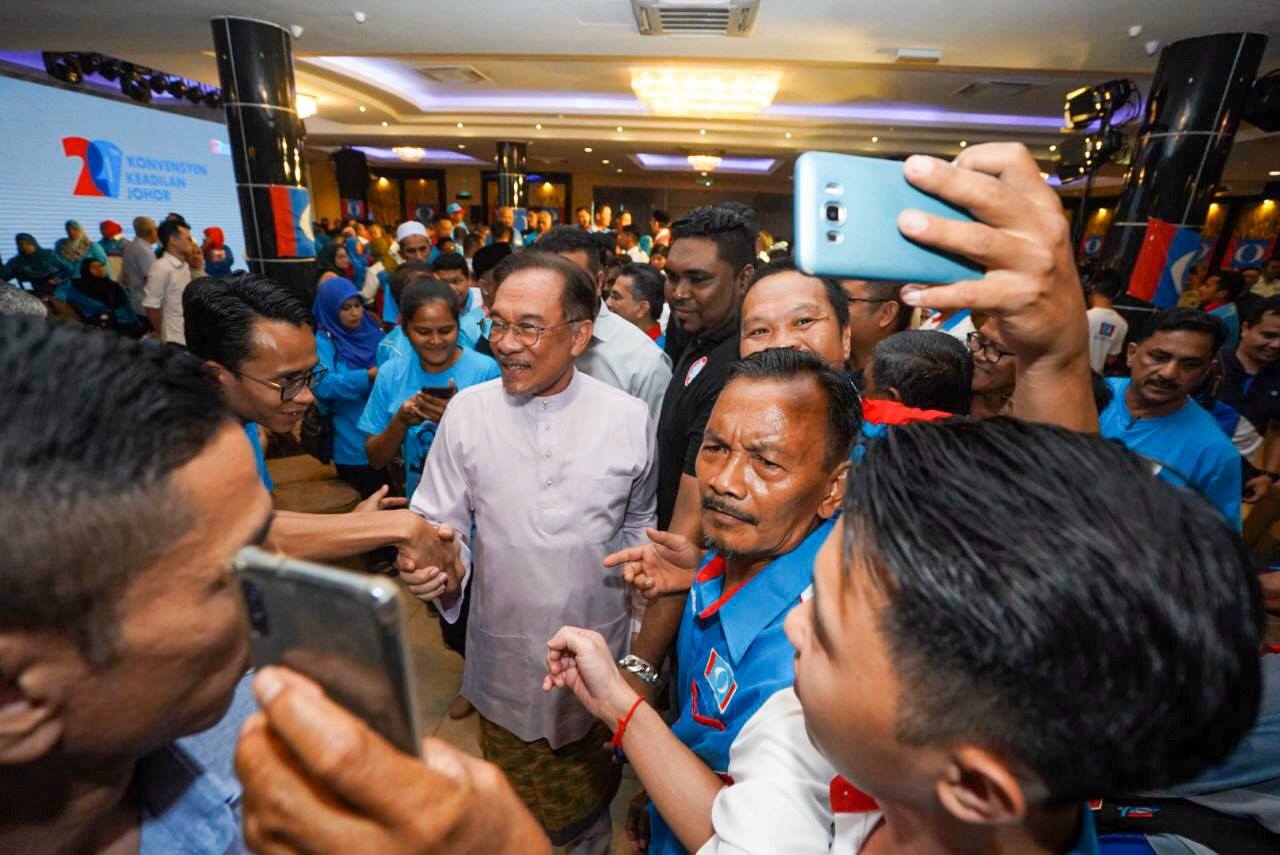 MUAR: PKR president Datuk Seri Anwar Ibrahim urges the PKR leaders and ministers to work hard on strengthening the Malaysian economy to ensure a better life to the people.

“Our leadership especially those who have become ministers must focus on this matter (economy) because poverty is still a problem among our people.

“After 60 years of independence there are still people whose food, drinks or place to stay are not assured,’’ he said.

The Port Dickson Member of Parliament also pointed out that the national economic growth which has been so slow for the last decade has impacted the lives of Malaysian people.

Without a firm economy growth, the government won`t be able to give aid to the B40 group, National Higher Education Fund Corporation education loan and health services to the people, the Sun Daily reported.

‘’PKR leaders should not be arrogant. It is our duty to solve the problems of the people,” he said in his speech at a Johor Keadilan Convention here  yesterday.