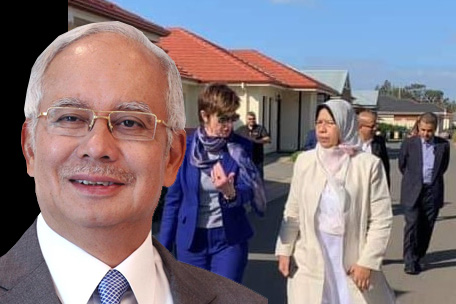 Former Prime Minister Najib Razak is sarcastically criticizing the Minister of Housing, Hajjah Zuraida binti Kamaruddin for having been travelling to so many countries in just one month.

“How many countries she has gone to this month only? As far as I know Japan, Australia, Italy and the latest South Korea.

“Who has been to 4 countries in a month?

September is not over yet September. Where will she go next?

“Maybe Zuraida since childhood has been dreaming to become a pilot or flight attendant.