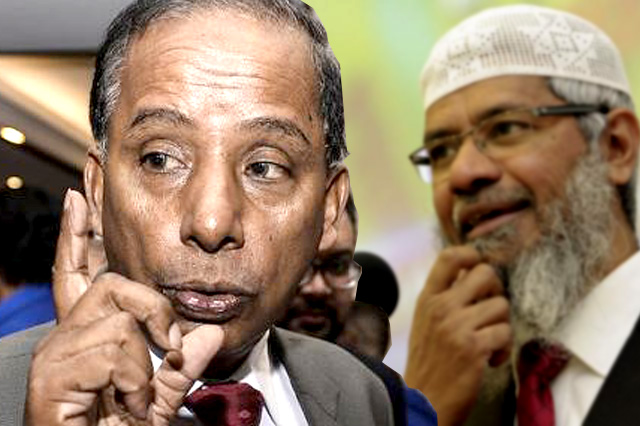 KUALA LUMPUR: The India-born Muslim preacher Dr. Zakir Naik should not be allowed to remain here (in Malaysia) for alleged incitement against the Indian community in Malaysia and interfering in Malaysia matters, Human Resources Minister M. Kulasegaran said.

“Naik is an outsider who is a fugitive and has little knowledge of Malaysian history. He should not be given such privilege to run down other Malaysians, what more in questioning their loyalty to the country.

“His actions do not reflect one deserving of permanent resident status and this will be brought up in the next Cabinet meeting,” the minister said in a statement today.

Dr. Zakir Naik, who is a Malaysian permanent resident, has recently claimed in a speech that the Malaysian Indians were more loyal to the prime minister of India, Narendra Modi, than to Malaysia Prime Minister Tun Dr. Mahathir Mohamad, which outraged the Indian community in Malaysia.

“It’s time for Malaysians to unite and safeguard the peace and stability of the nation by exposing the dubious strategy of Naik in using religious and racial sentiments in a tolerant and harmonious country.

“It’s time for the fugitive foreigner to leave Malaysia and to face charges of terrorism and money laundering charges in India,” Kulasegaran was quoted by Malay Mail as saying.

Dr. Zakir is currently wanted in his home country, India which accuses him of money laundering and inciting extremism. However, the Malaysian government and the Prime Minister do not want to extradite him to India to face charges – he has a lot of support from the local Muslims.