“Charge me if I am found guilty,” says former Defence Minister Hishammuddin 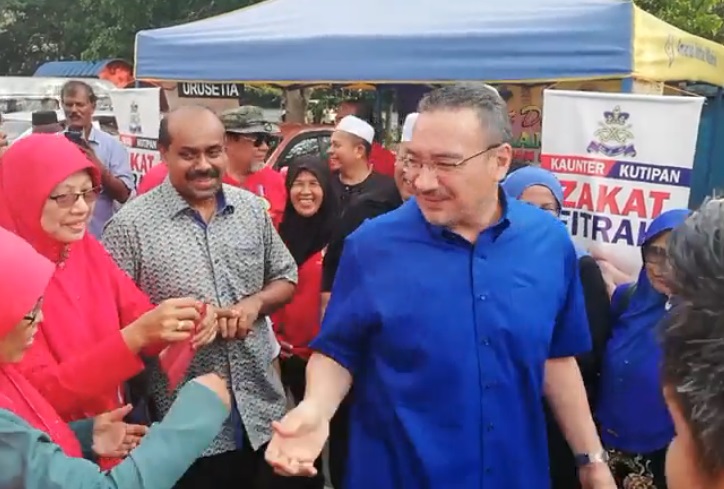 PUTRAJAYA June 23 Former Defence Minister, Datuk Seri Hishammuddin Tun Hussein said he had nothing to hide and he would cooperate with the Malaysian Anti Corruption Commission (MACC) to find the truth on “land swap” issues that was believed to have happened since 1997.

He said, he is ready to work closely with MACC to uphold its credibility and integrity as it is important to find the truth about that matter.

“If I am found guilty then I am ready to be charged, ‘’said the Sembrong Member of Parliament, adding that he gave statements to MACC today without fear or favour.

He said: “I can be charged but not me alone because what we want is justice. A person remains guilty regardless of who she or he but I would like to remind all parties not to select to investigate and charge.”

He added, if you want to talk about “land swap” investigate all the 16 land that have been changed.

“I have answered in details about the camp in Paloh, Sembrong today,” he added.

He reiterated, the investigation should not stop there as the case involved 16 lands and let us see who the culprit is and who is guilty because we want to know the truth and to resolve the problem.

Hishammuddin said that to the media that has been at the MACC Headquarters premises since 9am today.

He also urged the MACC to also call the former minister or the Prime Minister that was involved in the land swap case, reported Utusan Online.

“Who actually lost the money, who is the contractor that has been given the land swap project before this and who actually benefitted from it?” asked Hishammuddin.

According to Hishammuddin he did not get any benefit from the land swap. What he has done is totally for the welfare of the army and their families.

“Please suggest what can be done for the welfare of the army instead of merely making accusation,” he said.

Hishammuddin also confirmed that he did not give any statement to MACC regarding the purchase of six military helicopters worth RM300 million in 2015. –Malaysia World News