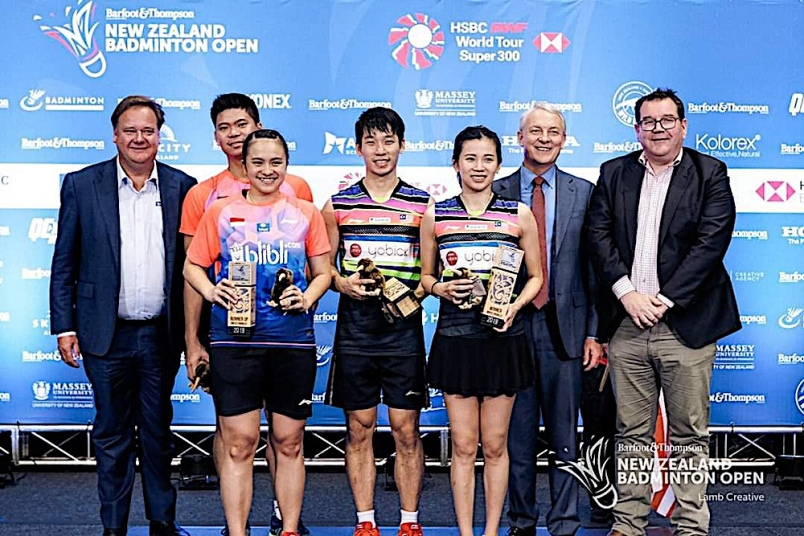 They won the title after winning the New Zealand Open Badminton Championship at the Eventfinda Stadium yesterday.

In the final match yesterday, the former national doubles ensured title to be theirs after defeating Indonesia’s fifth choice, Praveen Jordan-Melati Daeva Oktavianti in three sets of 21-14, 16-21, 29-27.

According to Kosmo, Peng Soon admits he is very happy with the win, and is delighted to have won his second title this season after his last at Thailand Masters last January.

“I am very happy with the victory today (yesterday), and moreover we have shown great action. To be recognized, I am very satisfied because the opposing team also gave a great deal of resistance.

“This is our second title this season, so it is certainly a very good achievement for us. Me and Liu Ying show great understanding throughout the game and help each other, “he said when contacted by Kosmo! yesterday.