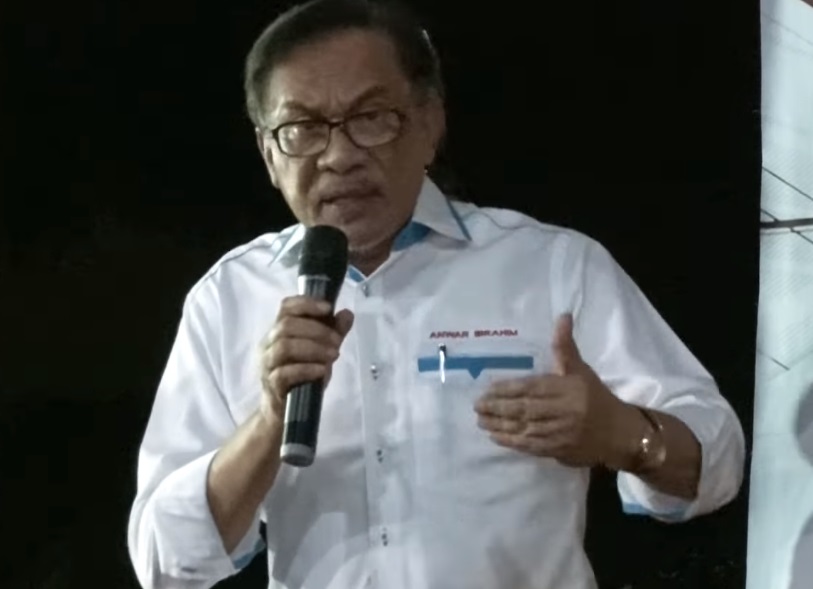 REMBAU: PKR president Datuk Seri Anwar Ibrahim has called on Malaysians to stop supporting crooks who were charged with corruption and embezzling billions of ringgit.

In his speech during PKR’s 20th anniversary celebration in Rantau here, on Thursday night, Anwar was quoted by the NST saying that Malaysians should firmly reject corruption, power abuse and cheating, adding that the current Pakatan Harapan (PH) government follows the rule of law.

“And this includes revealing and dragging people who robbed (the country) to court. And now, we no longer see reformists (being put on trial).

“Instead, we see the supporters of ‘Bossku’ outside court,” he said referring to Former Prime Minister Najib Razak who was charged with 45 criminal accounts including corruption, btribe, abuse of power and money laundering.

“Here (in Rantau), people still want to see (him) even though he took billions of ringgit.

“Tabung Haji and Felda lost billions of ringgit but when he comes, people still come to see him.

“This means that the hatred towards corruption and tyranny does not yet exist in some people,” NST quoted Anwar saying.

Najib`s trail has started on Wednesday 3 April. Many of his supporters were gather at the court the entrance screaming ‘bossku’.

Najib`s supporters and Umno and Barisan Nasional (BN) leaders such as acting president Datuk Seri Mohamad Hasan say the accusations of theft and embezzlement against Najib are baseless.