How Malaysians define democracy, and what they actually want from this new government? 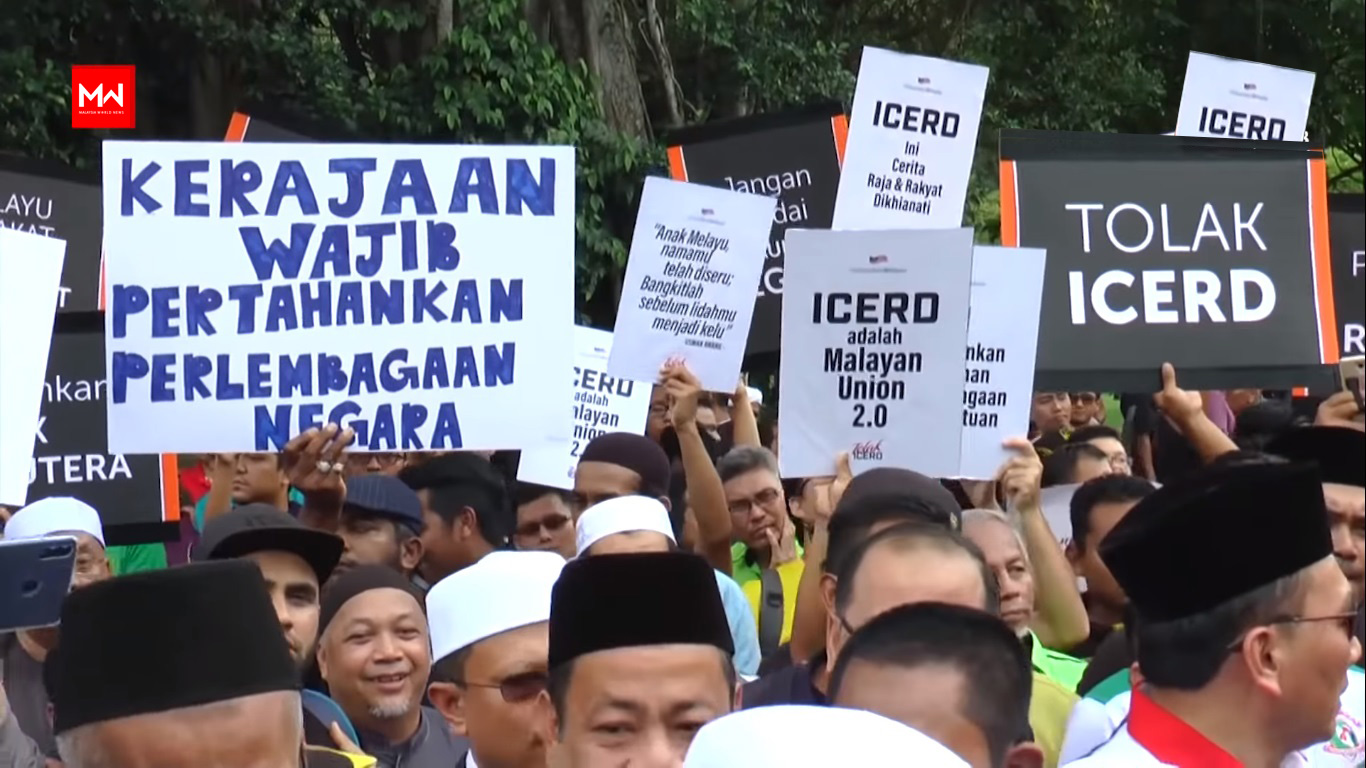 How do Malaysians define democracy and what are their expectations from the newly elected Pakatan Harapan (PH) government? How does PH government handle “ICERD ratification” demonstration? What does democracy mean to the PH government?

Malaysia achieved its independence in 1957 and since then the government had been following the democratic system. Every five years all citizens are eligible to cast their votes in the general election to determine the government of the day.

Since 1957 until 9thMay 2018, the BarisanNasional (BN) government had been ruling the country. The regime that ruled for 61 years had witnessed many upheavals happening now and then including the 13th May 1969 tragedy.

Major issues like ISIS threats, demands for more quota allocations in public universities by non-Malays, demand for more public shares and businesses equities and whatever issues any race feels that they are not being treated fairly have been raised in the Parliament.

Issues of public interests especially if it involves an Act could only be amended or ratified in the Parliament through debates and passing of votes.

PH Government emphasizes and determines to impose something new and make changes in the Malaysian democracy.  What it means by change and new is yet to be seen by the public.

The SST that imposes 5% to 10% on the sales of goods and 6% levy on services will be administered by the Customs. This change has in a way been well received by the Malaysians even though certain quarters have made criticisms on these changes.

Soon after it took over the government on May 9 and the 14th Parliamentary session started in July 16, the PH lawmakers have tabled the Anti Fake News Act to be repealed and it had been passed with simple voice votes.

Unfortunately it had been turned down by the Dewan Negara with 28 voters against the repeal, 21 supported and 3 others chose not to vote. The process will take sometime before it could be heard again in the Parliament.

And now the ICERD ratification issue has been turned down by PH government following many protests from UMNO, PAS, NGOs and many concerned Malay groups.

As the Prime Minister Tun Dr.Mahathir in a statement said “Malaysia Government is formed by the people for the people.” If PH government feels that they want to change certain policies especially related to the Federal Constitution, it could only be materialised with the people’s consent and voices of the majority and passed by two-thirds of the Members of Parliament.

The PH Manifesto could be very nicely written in the hope to benefit the people but whether it could be implemented and accepted well is another question.

Changes in certain policies could bring much benefit to certain quarters of the public but not for the majority.

This implies to the International Convention on the Elimination of All Forms of Racial Discrimination (ICERD) Ratification. When certain PH leaders stresses on openness and fairness in the distribution of wealth amongst races then to some quarters of the public the ICERD should be ratified to achieve such goal.

The PH leaders in many occasions have emphasized that they will adhere to the rule of law, defend the Federal Constitution that includes protecting the Parliamentary Democracy with Constitutional Monarchy, Islam and also Bahasa Melayu as the national language.

Meanwhile, the Prime Minister’s statement at the United Nations General Assembly (UNGA) in September 2018 has brought a new dimension in which indirectly the ICERD Ratification has been touched and later it became a heated issue amongst Malaysians especially the Malays.

However, it was cooled down when PH Government announced on November 24 that it will defend the Federal Constitution and not ratify ICERD.

“The new Malaysia will firmly espouse the principles promoted by the UN in our international engagements. These include the principles of truth, human rights, the rule of law, justice, fairness, responsibility and accountability, as well as sustainability. It is within this context that the new government of Malaysia has pledged to ratify all remaining core UN instruments related to the protection of human rights.

“It will not be easy for us because Malaysia is multi-ethnic, multi-religious, multicultural and multilingual. We will accord space and time for all to deliberate and to decide freely based on democracy.”

What Malaysians expect the PH to do very quickly is to implement policies that will lighten their daily expenditures and lower the cost of living like availability of cheap food, lowering the cost of affordable houses, reduce education fees, good medical benefits, efficient and cheap public transportation and also efficient management in the public services and most importantly free from corruptions.

These are some of the sectors that should be attended to immediately as the rising cost of living and unemployment problems are some of the reasons why they chose PH to be the government of today.

In the 2019 Budget that was tabled by the Finance Minister, Lim Guan Eng recently had announced many improvisations and introduction of several new benefits for the well being of the people.

The other big reason why people chose PH to be the government was to get the true picture of the 1MDB crisis and to know who were responsible behind the scandal.

In the midst of all these problems, the ICERD ratification issue seems not relevant and instead it has stirred anger amongst the concerned parties. Instead of offering good news for the people to lead a better life in a prosperous and harmonious country, certain political groups have raised the unpopular issue which touches the sensitivities of the Malays that form more than 60% of the population. The issue had been used by these groups to organise demonstrations across the country.

However the Prime Minister Tun Dr. Mahathir in a statement as quoted by “Astro Awani” said that the people are allowed to demonstrate to voice their opinions as long as they do not make the streets filled with rubbish.

Two days ago the Prime Minister’s Department announced that the PH government will not ratify ICERD and instead defend the Federal Constitution.

The Prime Minister Dr. Mahathir, in a statement yesterday, stressed that PH government would not ratify ICERD, not because they are afraid from the PAS and UMNO, but because the people did not want the ratification and even some people in the government did not want it too.

Following PH government’s announcement that there will be no ratification, the PAS in Harakah mentioned that the joint PAS-UMNO rally on December 8 is still on but will be more on speeches and prayers thanking the government for not ratifying ICERD. –Malaysia World News