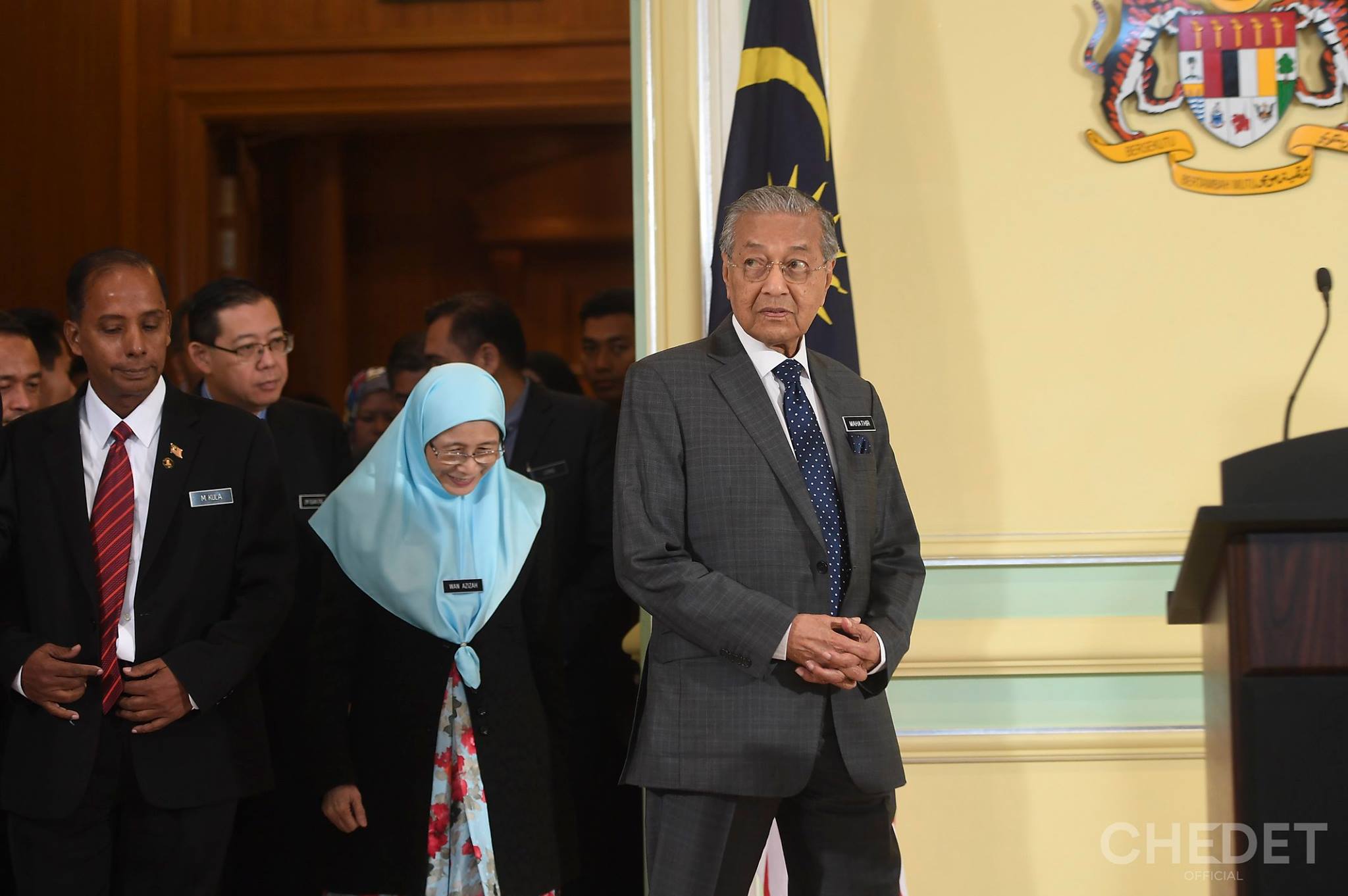 PUTRAJAYA: UMNO a dominant party in Barisan Nasional (BN) for more than six decades is now being “hated” by the Malays for prioritizing wealth instead of helping them, said Prime Minister Tun. Dr. Mahathir Mohamad.

Dr. Mahathir said UMNO that once looked a clean and highly respected political party has been recently shunned by the Malays who felt disgusted when it changed its priorities.

“UMNO was established to become a fortress to provide security and help the Malays but they have changed and chose to prioritize wealth,” he said in an interview with StarTV yesterday.

Dr. Mahathir said when he was asked why the Acting President of UMNO, Datuk Seri Dr. Ahmad Zahid Hamidi had met him recently in his office here.

Dr. Mahathir added, Zahid met him as he wanted to know how to administer UMNO.

“I told him frankly that UMNO has betrayed the Malays. UMNO was established to help them but instead, the party has changed their priorities and for that the Malays hated UMNO. Now it is very difficult to recover,” he said.

Dr. Mahathir said: “I told him (Ahmad Zahid) to think what he can do to bring back the Malays to support UMNO.”

The BN coalition had lost in the 14th General Election (GE) when it managed to win only 78 out of 222 parliamentary seats. The Pakatan Harapan (PH) led by Dr. Mahathir who had a landslide victory in the GE then took over the government from BN on May 9, 2018. – Malaysia World News