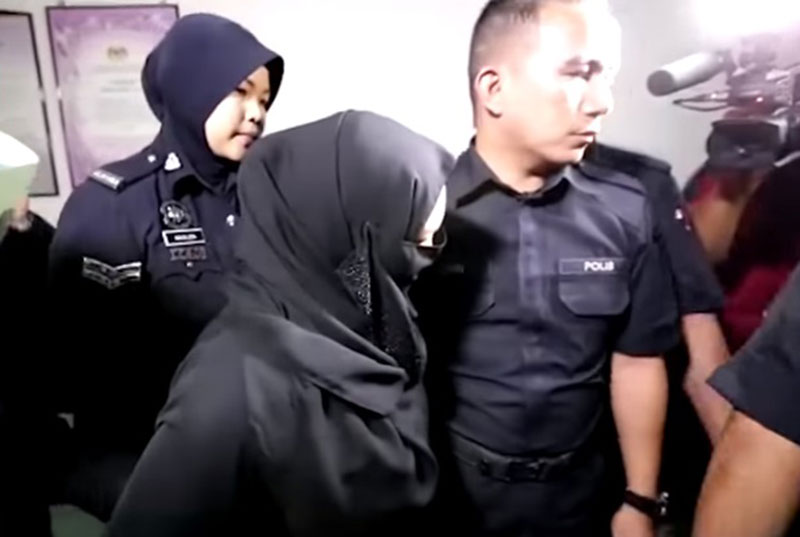 SHAH ALAM: The so-called “Datin” has been found guilty of physically abusing her Indonesian maid and jailed eight years by the High Court today.

He also rejected an application for stay of execution by her lawyer Haniff Khatri Abdulla, the Star reported.

The court reiterated that Datin had employed Suyanti as a domestic worker, not a slave.

Rozita Mohamad Ali, 44, was accused of deliberately causing grievous hurt to her domestic worker (maid) Suyanti Sutrinso at a house in Mutiara Damansara on June 21, 2016.

She allegedly caused multiple injuries to Suyanti’s head, hands, legs and internal organs using a knife, a clothes hanger, a steel mop, and an umbrella.

The High Court sentenced Datin to eight years effective from Thursday (March 29), after having reviewed the case today and reversed the punishment meted out by the Sessions Court on 15 March.

On 15 March, Datin Rozita, 44, pleaded guilty under Section 326 of the Penal Code to voluntarily causing grievous hurt by dangerous weapons, and she was freed when the Sessions Court judge Mohammed Mokhzani Mokhtar released her on “a good behaviour bond” for five years with surety of RM20,000, which sparked an outrage among the public and The migrant workers’ rights group.

An online petition against the Sessions court’s sentence attracted over 70,000 signatures calling for harsher punishment.

“I am of the view that the lower court has wrongly exercised its discretion in imposing the bond.

“This court’s order does not reflect the seriousness of this offence,” FMT quoted him as saying.

A video of Suyanti, who was that time only 19 years old, shows that she was seriously injured and lying near a drain in a housing area in Mutiara Damansara had gone viral in December 2016.

Last week, Deputy public prosecutor VV Suloshani said this case which went viral on the social media had resulted in “the country’s image to be tarnished and it also affected the good relations between Indonesia and Malaysia.”