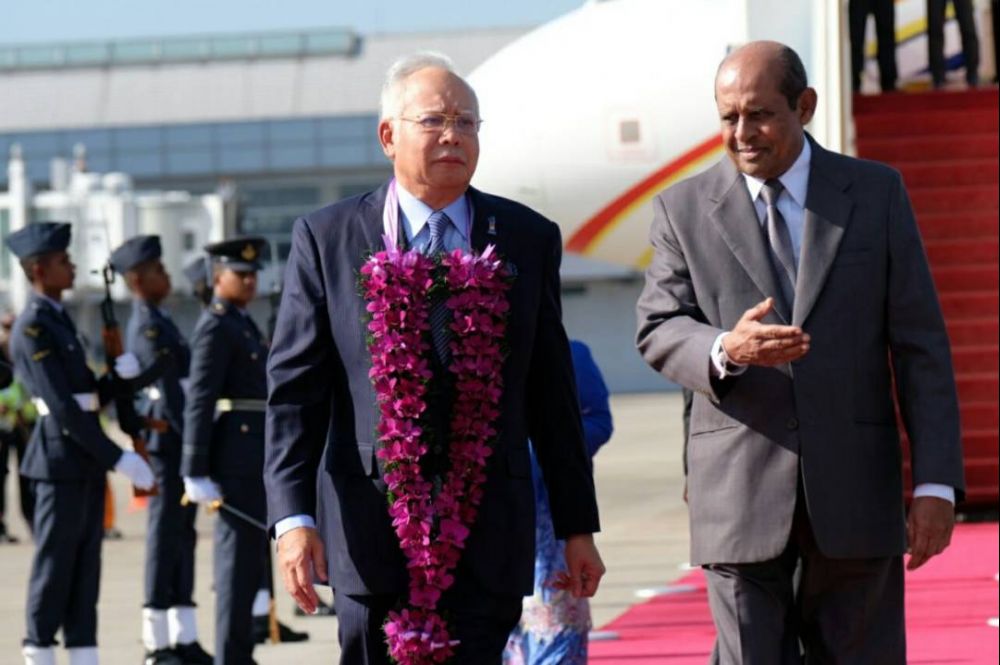 Prime Minister Datuk Seri Najib Tun Razak (pic) has assured that Malaysia would send a mission to Jaffna in northern Sri Lanka to determine the assistance that could be provided to recover the effects of the civil war.

Najib who received a courtesy call from Chief Minister of Sri Lanka’s Northern Province, C.V Wigneswaran said, the area which was once the homeland for many Sri Lankan Tamils had not recovered from the war.

Najib said 45,000 women turned single mothers after their husbands died in the war and thus had become the sole breadwinners of their families.

He added, the war had also caused 11,000 ex-soldiers to remain unemployed in Jaffna.

Najib added, Malaysia will send a mission to determine the possible aids that could be extended to them by early next year.

“The possible aids could be in the form of giving training to the ex-soldiers and houses that they could afford to build,” said Najib to the media before leaving for the Maldives for another official visit.

Najib mentioned that Wickneswaran had informed him that among the assistance they required was for micro-financing and public housing.

Najib was on his three-day visit to Sri Lanka from 17th until 19th December.

The Foreign Ministry in a statement said the visit was a special significance in the context of the growing bilateral partnership between the two countries and in the backdrop of Sri Lanka and Malaysia celebrating the 60th anniversary of the establishment of diplomatic relations.

During the visit, the Prime Minister had been received at the Presidential Secretariat on 18th December with an official guard of honour and gun salute followed by official bilateral discussions covering a wide range of subjects.