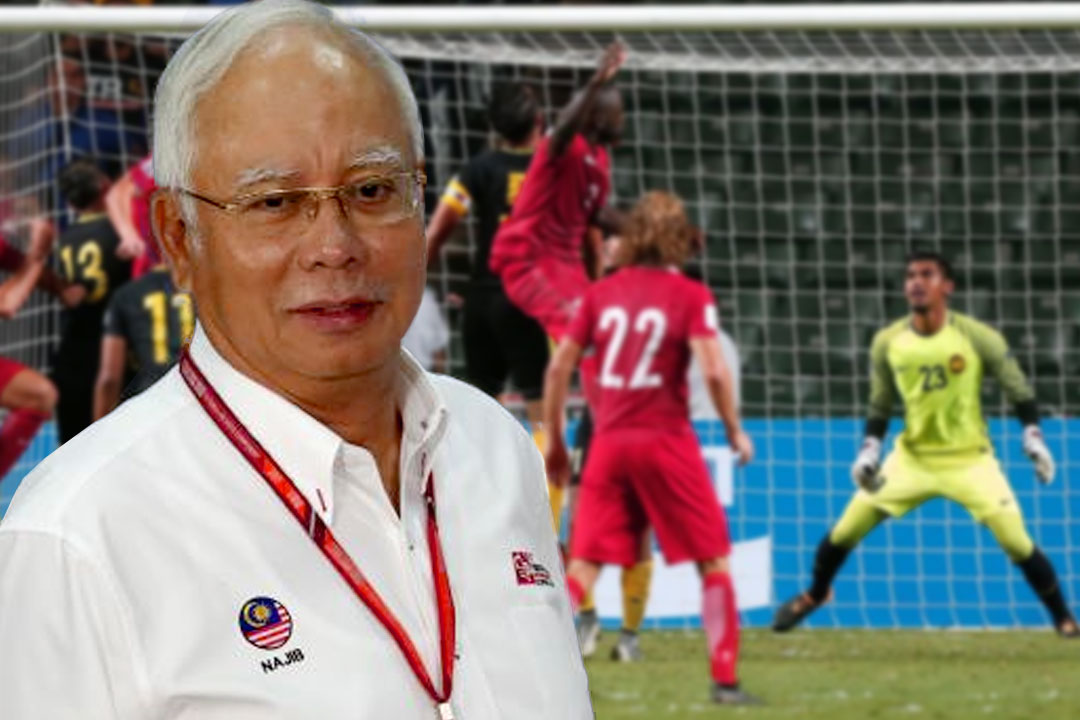 Kuala Lumpur:  A paradigm shift or “mentality shift” is needed to develop and give a new image to the whole football industry in Malaysia.

These shifts cannot be done by the government or the Football Association of Malaysia (FAM) but needs input, support and cooperation from football fans, corporate bodies, investors, experts from the sports science and medical, public and private football academies and other related bodies, said Prime Minister, Datuk Seri Najib Tun Razak.

“These changes cannot be seen within a short time. For example, the Manchester United, which I am one of its fans, takes seven years after the appointment of Sir Alex Ferguson to win the league championship and 13 years before winning the champions league at the club level and longer time at the national level, ” he said in his blog (NAJIBRAZAK.COM).

Prior to that Malaysia (Harimau Malaya) was defeated by Hong Kong 2-0 in the AFC Asian Cup qualifier held in Hong Kong on 10 October 2017.

Najib emphasized that we should give enough space and time to those responsible to rebuild the Malaysian football, adding that he is  confident that the efforts made by FAM under the leadership of DYAM Tunku Mahkota  Johor Tunku Ismail Sultan Ibrahim to elevate the performance of Malaysian football will give good results in the near future.

Subsequently Najib urged all stakeholders whether the Ministry of Youth and Sports, public and private football academies, corporate bodies and fans to work together as the dream and goal in football are the same.

A platform should be established said Najib for corporate firms to see their investment returns in the sponsorship of footballers, clubs, and national squad in every age level just like what international sponsors do in Europe.

Najib said, the sponsorship is important to ensure the sustainability and the development of new talents in football.

The “talent scouting system” he said, could be done at the grassroots level to tab the hidden talent for the future.

Meanwhile, Najib advises parents to change their opinions that to be a footballer as a career has no future in Malaysia. – Malaysia World News.