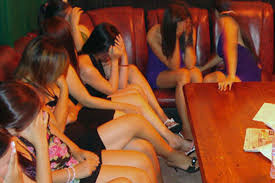 Straits Times reported, the women, aged between 22 and 49, “had been advertising their sexual services on websites” and were operating in residential areas.

They were arrested under the Women’s Charter for their suspected involvement in vice-related activities as part of anti-vice operations conducted by the Ang Mo Kio Police Division in December.

The owners of the homes where the women have been operating will be investigated as well.

According to Singapore law, anyone who is convicted of the offence of being the tenant, lessee or occupier or person in charge of a brothel can be jailed for up to five years and/or fined up to $10,000.

The penalties are the same for those found guilty of keeping, managing or assisting in the management of a brothel, said Straits Times.

Additionally, anyone who is convicted of the offence of knowingly living wholly or in part on the earnings of a prostitute – such as receiving rental earnings from the prostitute – can be jailed for up to five years and fined up to $10,000.

The police said in their statement that they will spare no effort in clamping down on online vice activities, especially those operating in the heartland.

They also advised home owners to be careful and diligent in ensuring that tenants do not carry out vice activities in their units. –